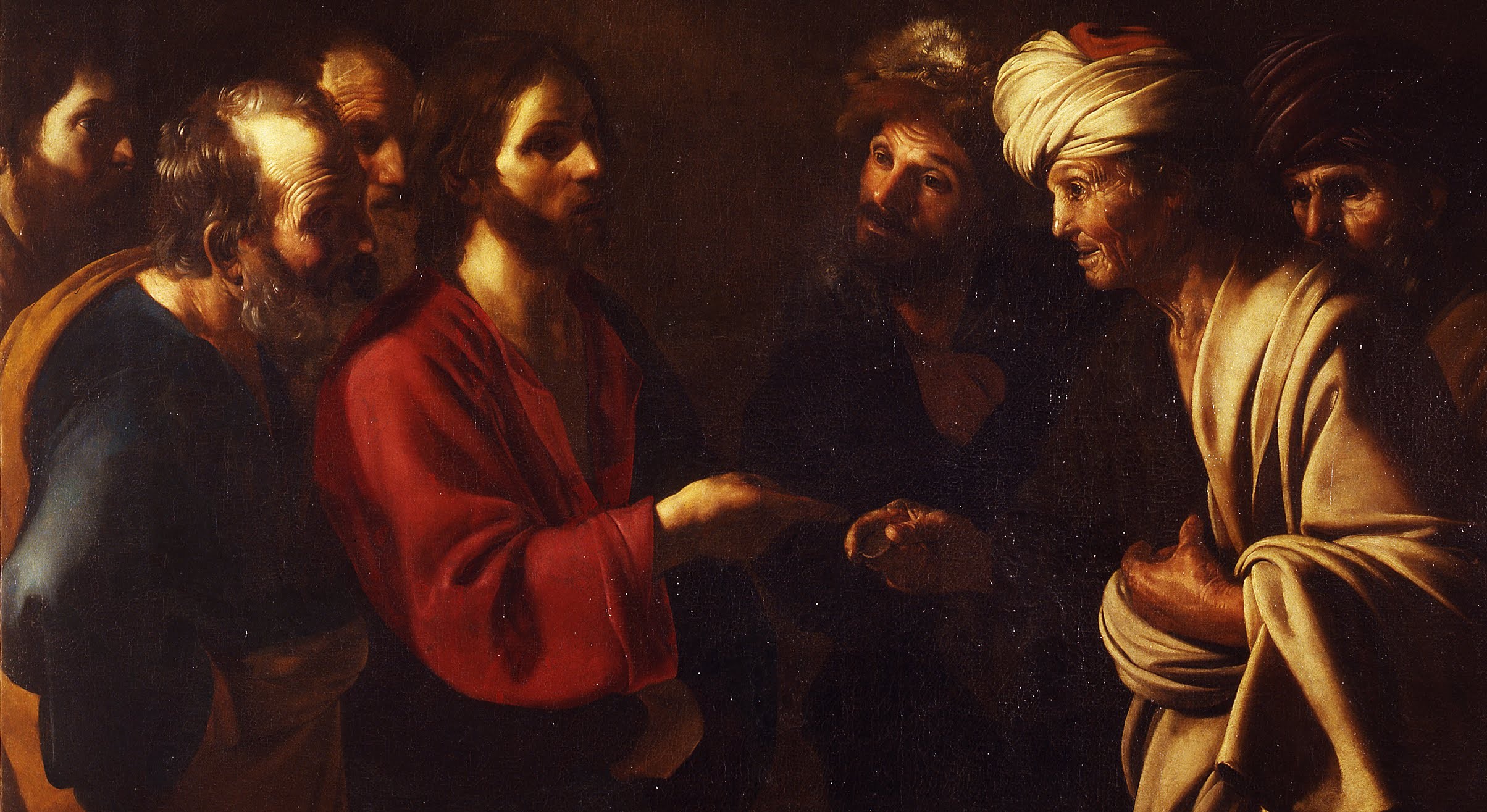 Keep Your Politics to Yourself

In fact, I do not talk politics in church, at all. Some pastors do like talking politics from the pulpit. And that is their prerogative. But I advise pastors who ask me, against it. In fact, in my book “Rebuilding Your Message” (Ave Maria Press, 2015), one of the chapters is called “Keep Your Politics to Yourself.”

That said, I am far from apolitical. When I was a little kid, like kindergarten, when asked what I wanted to be when I grew up, where most little boys say superhero, policeman, football player, I always said ‘President of the United States.’ I am a confirmed news junky and have been for as long as I can remember. Even as a little kid I followed politics closely (without, of course, understanding it).

I followed politics the way some kids follow sports. I remember one summer my family went on vacation at the time of one of the major party’s national conventions, and while my family would go out sightseeing, I stayed in the hotel and watched the convention coverage gavel to gavel. I do not share this with you to demonstrate what a strange child I was, but to underscore just how politically engaged I have always been my whole life. And what a discipline it is for me not to talk about it publicly.

But I do not believe the Church should stay out of political issues altogether. The Church needs to have a clear voice in the temporal realm. The Church should play a prophetic role in society, speaking truth to power. In this sense, the Pope and the Bishops’ Conferences, as well as each bishop in his own diocese, have an important role to play. But as a pastor, I don’t really like talking about politics, myself. I don’t really like talking about politics because I know politics divide. It’s at the very nature of politics to divide. And I don’t want a divided parish.

You know, there is actually an easy way for pastors not to divide their parish on politics – talk politics. Support a consistent political view whether it be liberal or conservative – loud and clear over and over again and the people who disagree with you will, over time, leave.

But that’s not what Jesus did. He resisted every effort to allow his kingdom to become a political movement. When the crowds wanted to make him king, he walked away. Over and over again even his apostles misunderstood his intentions when it came to worldly position and power. And over and over again he had to correct and redirect them that his kingdom was different.

But that’s not what Jesus did. He resisted every effort to allow his kingdom to become a political movement. When the crowds wanted to make him king, he walked away.

In the Gospel passage we read today (Matthew 22.15-21), the religious leaders tried to trip him up and trap him by drawing him into a question about taxes – always and everywhere a hot political topic. The Pharisees were the Conservative party, opposed to Roman rule and Roman taxes, as distinct from the more Liberal Herodians, who supported Rome. Which was Jesus?

He threaded the needle between politics and religion. Pay your taxes to the government but give your heart to God.

The early Christians did the same. Paul said very little about the politics of his day. The consistent advice he gave to Christians: obey the law, pay your taxes fulfill your civic responsibilities and love the Lord. Otherwise, he never addressed the political issues of the day, many of which were at odds with Christianity. Same for Peter, John, and all the others.

So, I don’t like politics in church. And yet, and yet, I feel compelled to discuss the upcoming election. To not acknowledge the upcoming election and the role it plays in our lives and the life of our country or the impact it could have would make your experience at church seem irrelevant to your current life. And that is something your church should never be.

We don’t always get this right as parish leadership, but our goal is to be a place that speaks into your daily life and helps you see the current culture and current events, in the context of God’s kingdom. Our goal is to inspire, encourage, and equip you with the goodness and grace God shares to shape your heart and challenge your thinking. Our goal is not to tell you what to think or how to vote, but to provide leadership to help you form your thinking and make your choices.

You know, while Jesus and the early Church did not address politics as a whole, they found a way to build a movement that united people of different parties and persuasions. For example, among the twelve apostles there was both Simon the Zealot and Matthew the tax collector, politically polar opposites. The zealots hated Rome and wanted to insight rebellion. Tax collectors were collaborators with the Romans and benefited from Roman rule. In fact, most grew wealthy because they colluded with the corrupt Roman policies when it came to taxation. Matthew was a man of means and wealth, Simon was a hippy protestor. And yet they found unity and fellowship in the person of Jesus Christ.

Jesus and the early Church found a way to build a movement that united people of different parties and persuasions. Matthew was a man of means and wealth, Simon was a hippy protestor. And yet they found unity and fellowship in the person of Jesus Christ.

If you just look at our staff, even our leadership team we don’t all agree politically. I don’t want to have a staff in which everyone agrees all the time. Fortunately, that’s never been a problem.

If you are looking for a parish where everyone agrees with you then you could be missing out on an important part of what Church is, and you might be missing out on the unprecedented opportunity we have as a parish at this time. We can be a model for our community, what it looks like to disagree politically and still be united behind something much larger and much more powerful than who the next president will be.

It was said that the Sun never set on the British Empire. But Scripture assures us that this accolade belongs to the kingdom of God. In the first reading (Isaiah 45.1, 4-6), the prophet Isaiah shares God’s vision and plan when it comes to kings of this world.

So from the rising of the sun to the place of its setting
men may know there is none besides me.

Over and above every ruler and every reign, nothing is greater than God. Every nation, every tribe, every tongue in all corners of the world will one day know that the Lord is God and there is no other. And fast forward 2500 years that’s what we have in the Church.

After the resurrection Jesus sent the apostles to the whole world with one purpose: to make disciples of all nations. That job is far from complete, and its often handled badly, but it is happening: From the rising of the sun to its setting there are people gathering today to praise and worship the Lord and share his word. The Lord is God. The Lord is the ruler of heaven and earth.

So why would we worship any lesser ruler? Why would we allow anything to distract us from our service to the Lord or divide our fellowship in faith?

It matters who is going be the next president. But it doesn’t matter as much as what we do here. Long after this 2020 election cycle is over and made into a Netflix series, long after the winner of the election leaves office, and is replaced by still others, and long after that too, God will still reign.

Political power lasts for whatever season it spans. But it is always and only the blink of an eye in the light of eternity. God and God alone is the one who will reign forever. He is the Lord God and there is no other, there is no rival. The politicians you vote for may be, at least in your estimation, smart or strong or insightful or just right about the issues that matter to you most, or just better than the alternative. But not one of them has laid down their life for you.

Political power lasts for whatever season it spans. But it is always and only the blink of an eye in the light of eternity. God and God alone is the one who will reign forever. He is the Lord God and there is no other, there is no rival.

The God who did that forever calls us to unite behind him and what he is doing in the world. Our hope is not in any political party or particular candidate. Our hope is in the person and preaching of Jesus Christ, that we can share with our community, shape our culture, and influence our beloved nation.