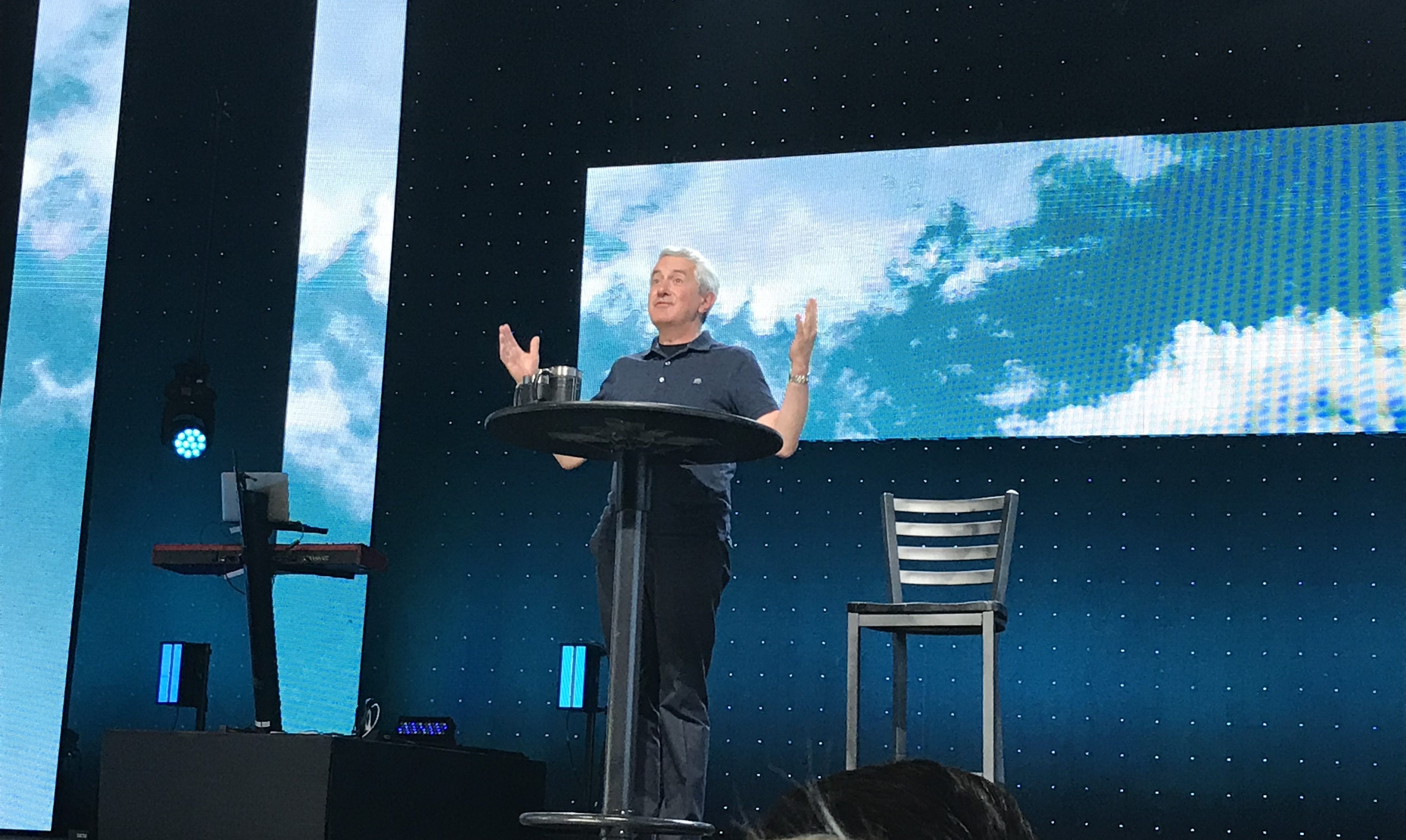 Every year, my friend Pastor Rick Warren leads a fantastic conference at Saddleback Church on building healthy, purpose-driven churches.  I had the privilege of being a part of this year’s conference when Rick asked me to speak at the final session on “Leading Your Church Through Change.”

Tom, my associate, and I first came to Saddleback in 2003.  It was an eye-opening experience.  The sheer size of the campus was astounding.  When we approached an impressive building we thought was the church, we realized that it was only the children’s center.  The friendliness and hospitality of the people was so far from our experience that we thought we had landed on a different planet.  But most memorable was Rick Warren himself, a pastor of uncommon wisdom and insight, charity and humility, grace and humor.

Rick still gives every keynote address himself with the same enthusiasm and zeal that we experienced 16 years ago. This year was no exception.  Rick was on top of his game, as usual.  His team members were gracious hosts and demonstrated their talent and hospitality at every turn, as always.

And yet, much has changed.  The crowd this year was significantly more diverse in age, race, and denomination.  Saddleback now influences a worldwide network of churches and ministries.  We even ran into numerous Catholic parishes from across the country who were attending the conference for the first time. Besides all their changes, we’ve changed too. But more on that in a moment.

I was scheduled to speak alongside Rick and Pastor Brad Powell from NorthRidge Church in Detroit.  Brad’s story is a lot like ours.  He inherited a declining church frozen to its past and isolated from its community. Over the past 29 years, Brad has successfully transitioned the church into one of the largest and most dynamic in his area.  His message was interesting and inspiring.

My own message was one that readers of Rebuilt would recognize. The result of that very first trip to Saddleback in 2003 wasn’t just inspiration.  It was also frustration.  Sitting in one of Rick’s fiery lectures, I had the distinct feeling he was talking directly to me.  Calling me out.  Challenging me.  At some point, I couldn’t take it anymore and walked out.  But the thing about Saddleback is that it’s big.  By the time I walked across campus to my car, I had cooled down.  It was then I realized that my church would not change unless and until I did.  So, I walked back to Rick’s session and heard him out.

Since then, our church has been transformed in part by applying the principles of the purpose-driven model: intentionally growing a healthy church by focusing on the purposes God has given to the Church: worship, fellowship, discipleship, ministry, and evangelization.

The highlight of the trip came after I was finished speaking.  Dozens of conference attendees (mostly firm Southern Baptists) approached and commented: “You made me want to come to a Catholic Mass!”